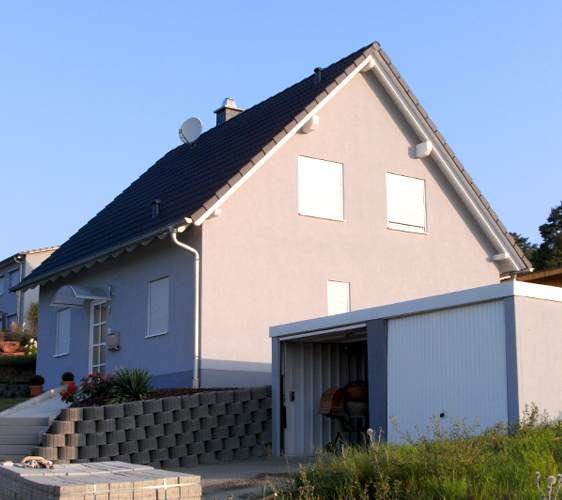 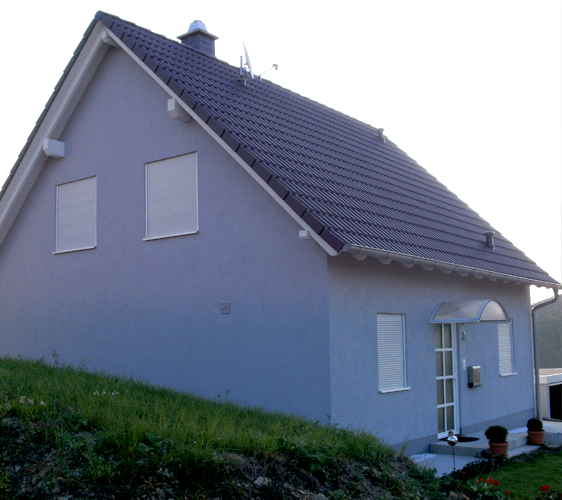 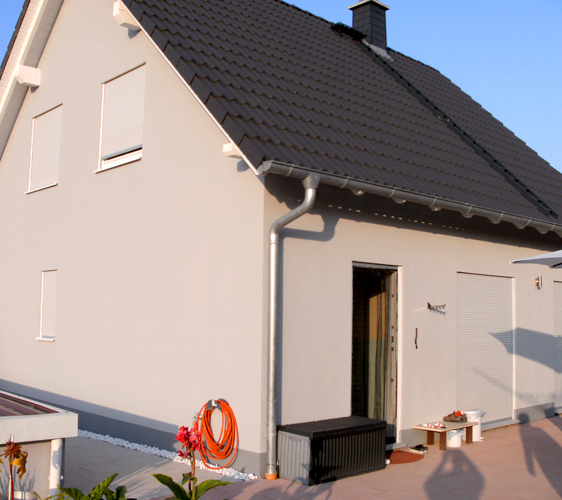 The infrared heating installed here, in combination with the IR reflective coating ClimateCoating®, creates maximum comfort and economy. For the period from March 2008 to March 2010, heating costs of less than € 450 p.a. have been verified.

At the same time, the evaluation of the measurement results leads the U-value theory ad absurdum. It is analytically and metrologically proven that the so-called U-value as a primary measure for the heating energy demand is a fantasy product.

The basis for the evaluation is a protocol from 2011 on measurements of the U-value of exterior walls of several single-family houses with different wall constructions. The measurements carried out prove the positive influence of Thermo-Shield Interior and ClimateCoating® ThermoProtect on the thermal resistance of exterior walls.

The task of the measurements was to prove the positive influence of ClimateCoating® on exterior walls with different wall constructions. Furthermore, the cooling behaviour as well as the warm-up phase of the air and the wall temperature should be determined.

The measurement locations were 2 single-family houses with different wall constructions. Measurements were taken on the west side of the house at a height of approx. 3-5m. All measurements were subject to largely the same conditions with a temperature difference between inside and outside of approx. 15°C. On the one hand, the TESTO 635 measuring device and the PT100 sensors were used. The wall structure of the neighbouring house consists of 36.5 cm aerated concrete, the U-value here is on average 0.30 W/m²K, as the manufacturer also specifies in his flyer.

Here, among other things, one must ask the question as follows: What is being measured? Is it really the room air temperature? The wall surface temperatures rise because the IR heater emits heat radiation. In addition to the primary radiation, the secondary radiation also has an effect. This is the reason why even concealed wall surfaces that are not in the direct cone of the heater, e.g. behind an armchair, become warmer.

The sensor for the room air temperature therefore does not display the actual measured variable, but a higher value. This is because it is radiated in the same way and thus heated.

The room air temperature is not the determining variable when it comes to IR processes. This involves radiation physics in the wavelength range around 10 µm in the following cases:

By combining the IR heating with the ClimateCoating® coating, the occupants of the single-family house in Erlenbach achieved a high degree of energy efficiency as a result of comfort (higher surface temperatures, more temperature symmetry), faster heat-up, delayed cool-down – all with a “worse” U-value than the neighboring house.

Since 2015 you can read at www.thermoshield-farben.de: “For the period March 2008 to March 2014 heating costs below 450 € p.a. are proven. Compared to a passive house according to EnEV2009. 30% less heating costs, 20% less construction costs, 50% less maintenance costs.” This contradicts the U-value theory, but this is the practice.