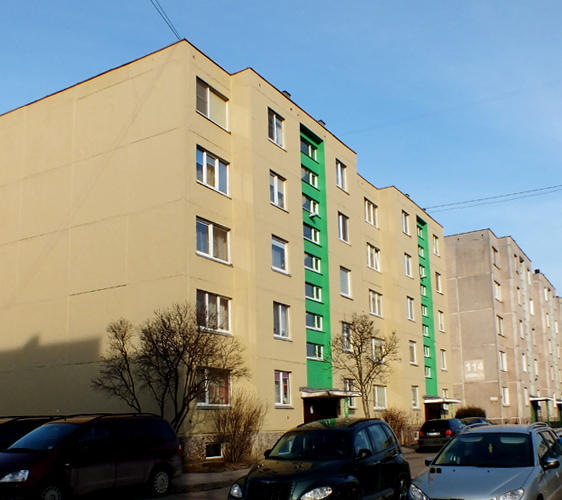 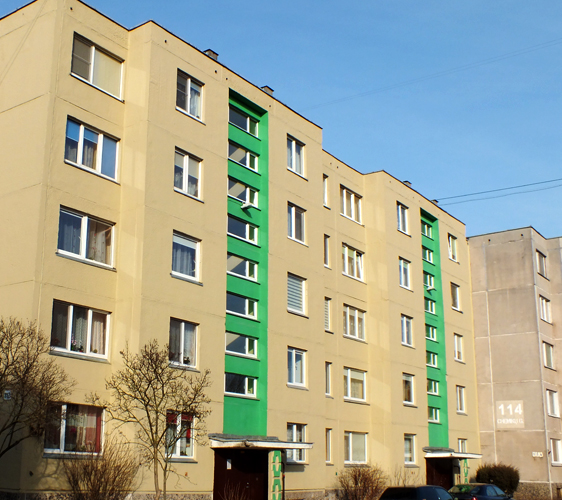 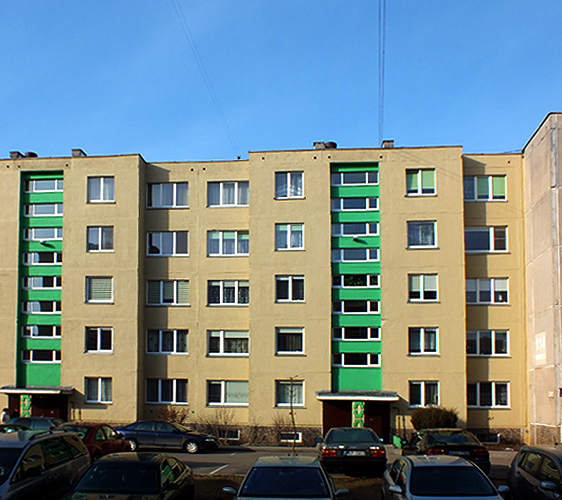 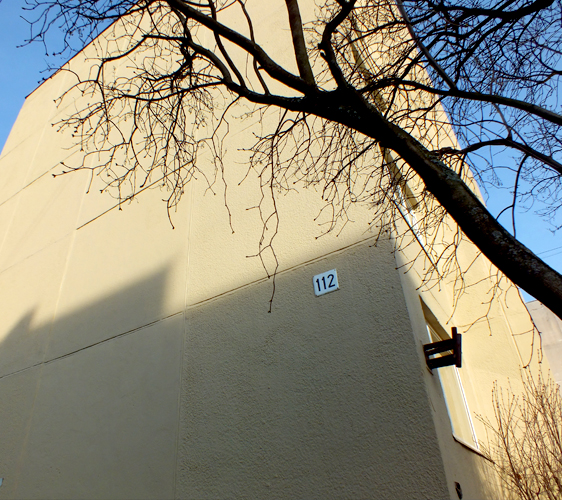 14% heating energy savings after the façade renovation carried out in 2009, certified consumption values for the period 2008 to 2014

The apartment block is a prefabricated building. The address is Chemikų gatvė 112, Jonava 55231. This is in Lithuania, near Kaunas, centrally inland, at a latitude about the same as Saßnitz (Rügen). The building has 5 floors, 2 staircases and 20 apartments. The facade coating with ClimateCoating® ThermoProtect was applied in September 2013. Photos of the object were provided by the company UAB “Termofasadai” from Kaunas, Lithuania. The visual difference between “existing” and “renovated” is clearly visible. The evaluation of the heating energy consumption values is based on notarized consumption data for the period 2008 to 2014.

Here, too, the use of ClimateCoating® ThermoProtect proved to be an economical measure. The IWO states the savings potential of facade insulation at 19%, co2online gGmbH Berlin states 19% (02.2014) and according to Heizspiegel Deutschland 2014 it is only 12% (10.2014).