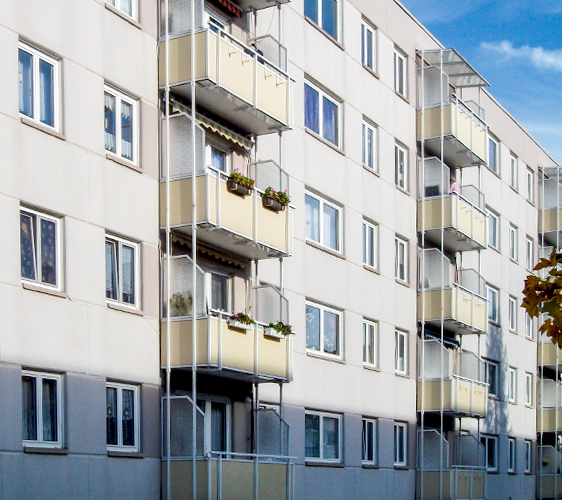 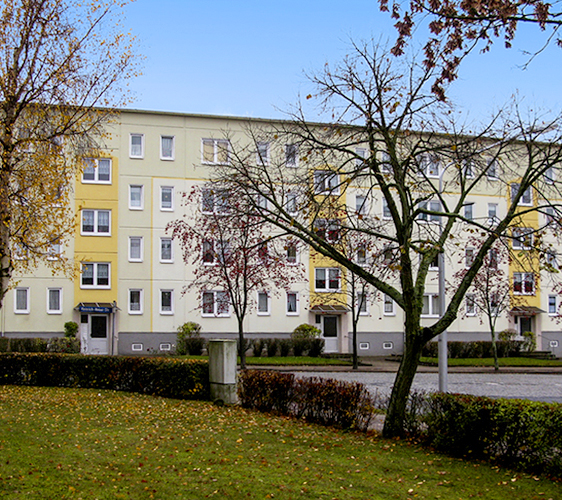 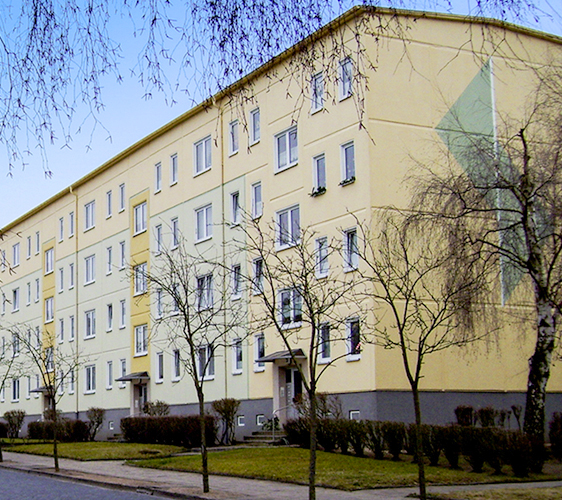 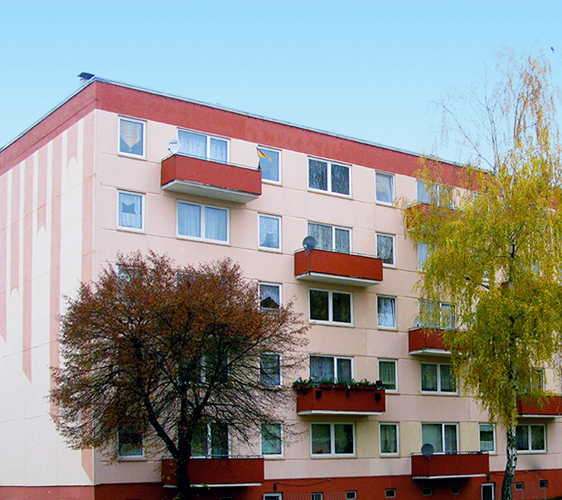 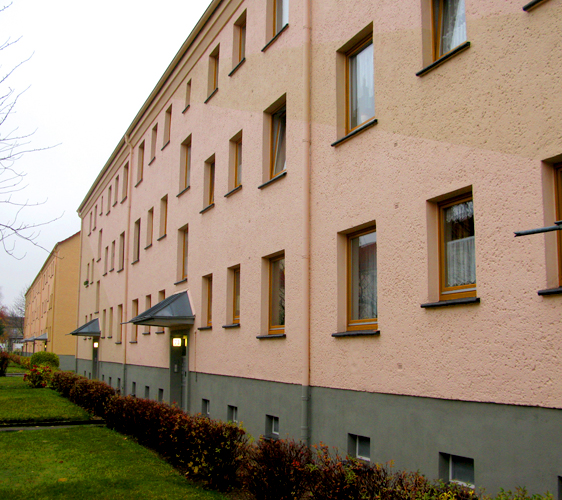 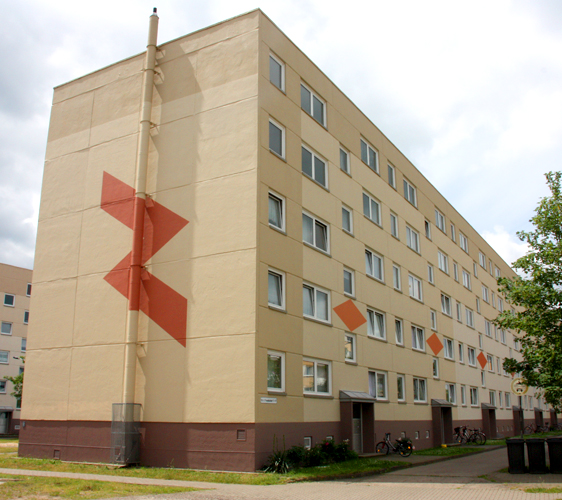 Scientific studies from 2001 and 2006 prove the energetic effectiveness of ClimateCoating® ThermoProtect and provide the basis for the ClimateCoating® calculation values.

The two blocks of flats in Karstädt and Perleberg were reported on in the specialist book “Die neue Energieeinsparverordnung unter Berücksichti- gung der Bestandsimmobilie” published by Hammonia Verlag in 2002. Here it was found that the coating works in practice. In addition, 2 practical examples with facts and figures are presented. The author reports on his own investigations on apartment blocks in Perleberg (Brandenburg) coated with ClimateCoating® ThermoProtect, which prove a reduction of the heating energy demand by 20%.

An April 2004 press release stated: “Wolfgang Gelleszun, member of the board of the Perleberg housing cooperative, sums up the experience so far: “Our tenants have been able to save significantly on heating costs. In addition, we have virtually no problems with mold, because the moisture in the rooms is transported from the inside to the outside. Since the coating protects the facade from dirt and environmental influences, the houses still look as if they have been freshly renovated after five years. In short, ClimateCoating® delivers what it promises.””

In November 2009, representatives of the Swedish company ThermoGaia SA visited WBG Perleberg to get a first-hand report on the results of facade coatings with ClimateCoating®. At that time, the WBG had already had 28 apartment blocks (a total of approx. 1,100 units) coated with ClimateCoating®, i.e. in the period 1998 to 2009. The energy savings were 14-24%, which corresponds to a reduction in heat losses through the external walls in the order of 30-40%. For this purpose, consumption was continuously recorded for comparison with the reference data for the period 2000 to 2006.

Perleberg is the county seat of the Prignitz district in the northeast of Brandenburg. With about 12,000 inhabitants it is the second largest town in the district after Wittenberge. The expert opinion of 06.08.2001, prepared under the direction of Prof. Dr.-Ing. M. Sohn, FHTW Berlin, was commissioned by the housing cooperative Perleberg, which had provided extensive data material for this purpose. The SICC GmbH was founded in 2003.

The background for the expert opinion was the WBG’s wish for scientific validation of the results. The housing association was interested in the study because it had used ClimateCoating® for the exterior wall coating on several apartment blocks and wanted to be sure that an energy-saving effect really existed. As a result of the processing, the doubts could be dispelled.

A further energy consumption analysis was carried out by Prof. Sohn in 2006. This concerned exemplarily the block of flats in the Dobberziner Str. 22-27. It concerns a 5-storey building with year of construction 1977, 86.60 m long and 10.15 m wide. 3,602 m² of living space are allotted to 60 apartments. In the so-called 1.1 Mp block construction method, the external longitudinal wall elements were produced in a single layer from lightweight aggregate concrete or aerated concrete, in a wall thickness of 30 cm at the Parchim plant since 1977.

This study was commissioned by SICC GmbH. The aim was not so much to prove the effect of ClimateCoating®, but rather to make a first attempt to include the effect of ClimateCoating® in the calculations of the energy balance of buildings on the basis of the procedures according to DIN 4108 Part 6 and to carry out a balance according to DIN EN 832 and DIN 4108 Part 6 that is specific to the building and the location.

In addition to the extension of the evaluation period from the original 1994 to 2000 by the period from 2001 to 2006. In addition to the repeated confirmation of the energy-saving effect of ClimateCoating®, an important result was that “The application of ClimateCoating® factors in the context of energy demand balancing for residential buildings (…) showed very good agreements between the calculated demand values for the final energy demand with billing values of the energy consumption”.

Apartment blocks Perleberg - 2006 - to the study