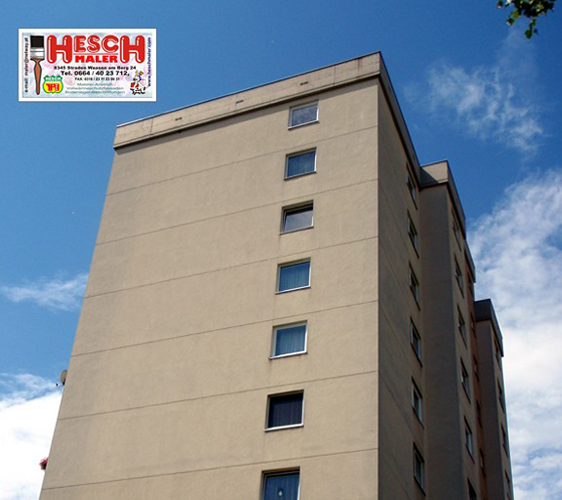 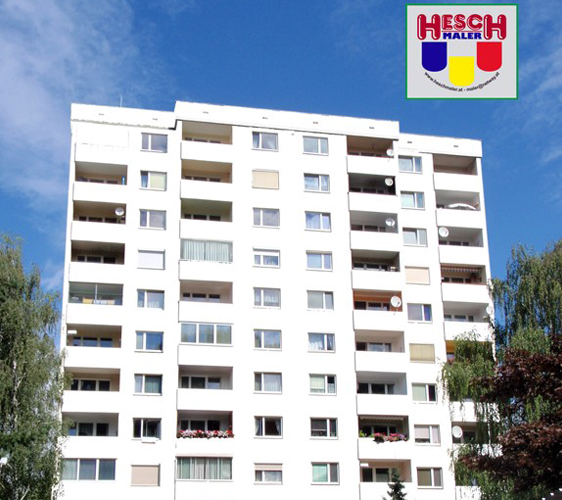 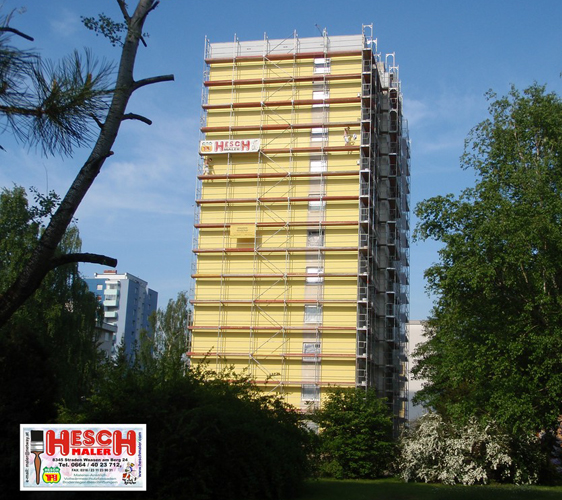 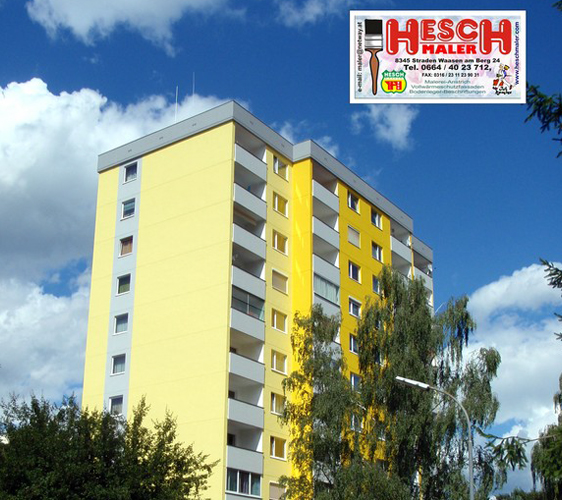 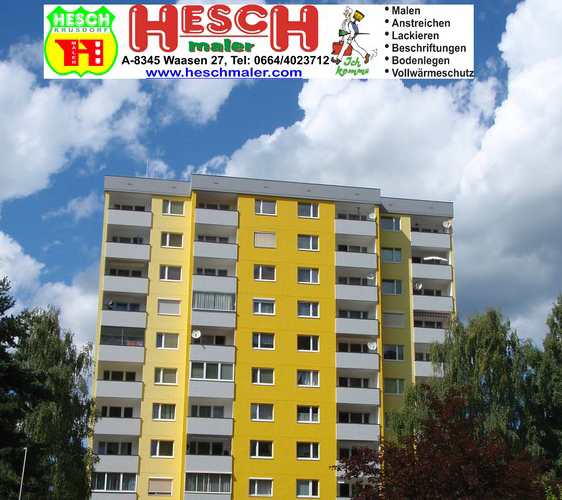 10% heating energy savings after the facade renovation carried out in 2011, evaluation by the WEG

The apartment block in Kapfenberg, Austria, is a high-rise building (ground floor + 10 floors) with 44 apartments built in 1974. The heating system was district heating (without hot water). The facade area renovated in 2011 with ClimateCoating® ThermoProtect amounts to approx. 4100 m². The specialist company carrying out the work was Fa. HESCHmaler from 8345 Straden.

For an economic comparison, only the additional costs are to be compared; in the comparison with facade insulation, it is the material cost difference to the levelling coat of the ETICS. The savings potential of facade insulation is given by IWO Austria as 22%, by IWO in Germany it is 19%, co2online gGmbH Berlin gives 19% (02.2014) and according to Heizspiegel Germany 2014 it is only 12% (10.2014).