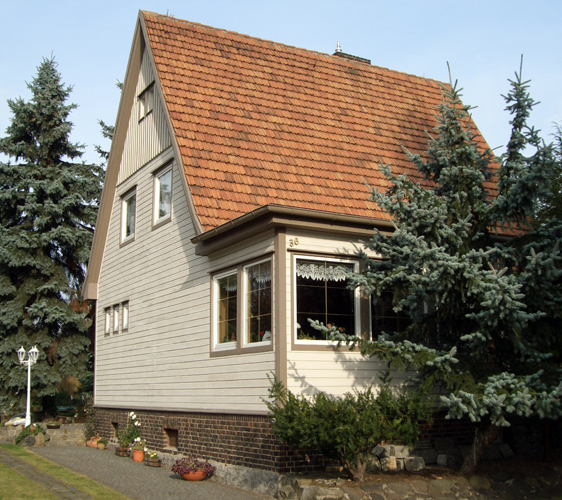 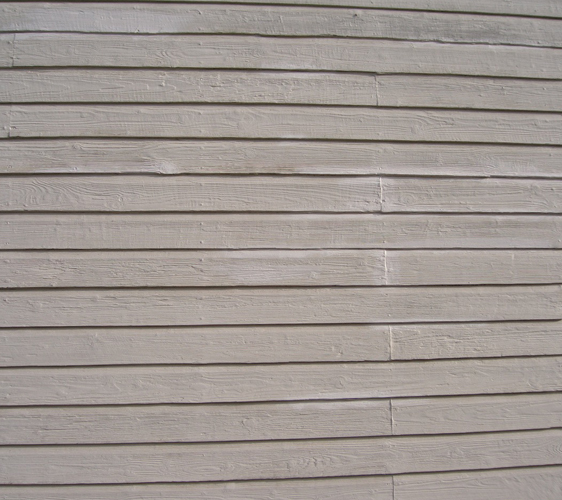 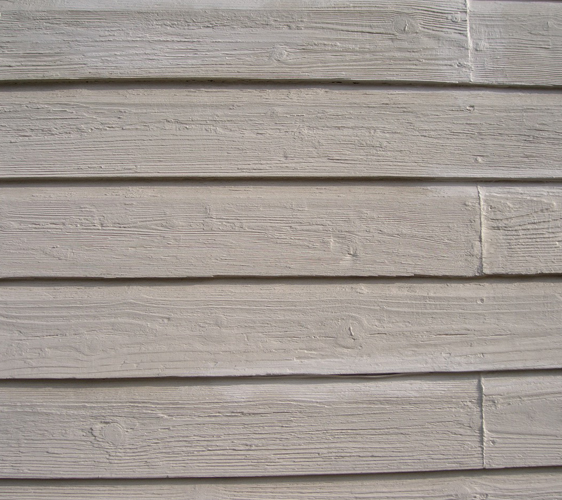 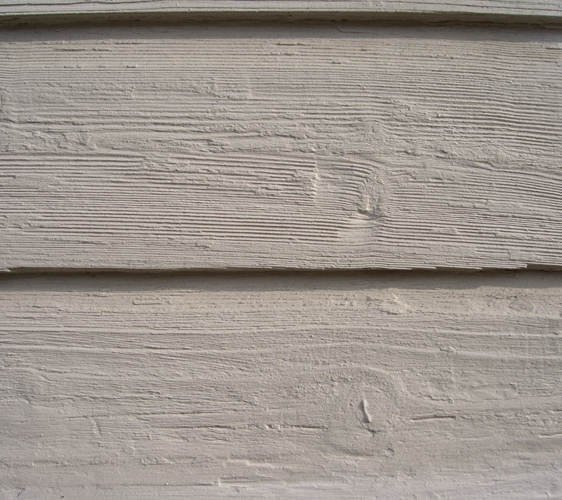 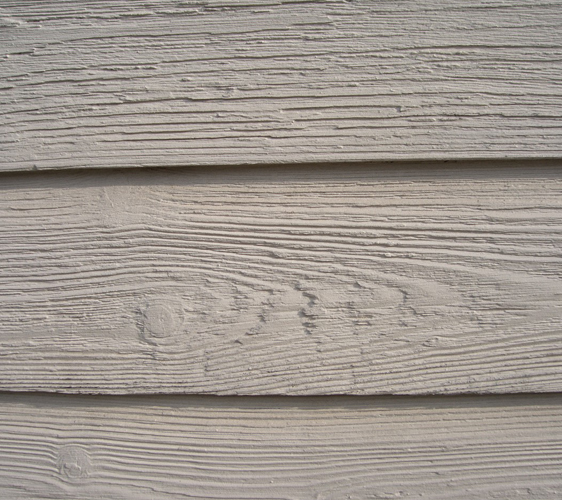 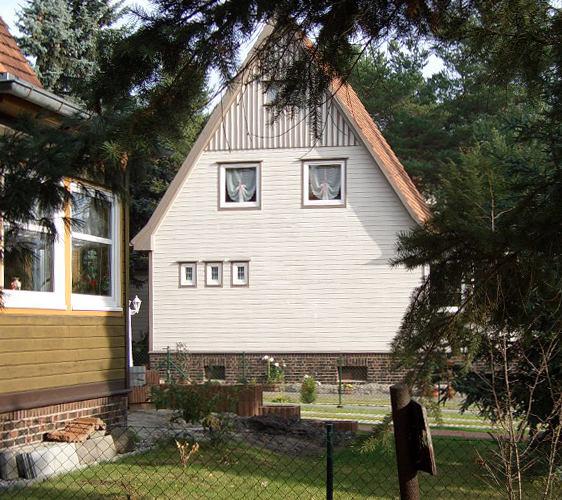 The white house in Spremberg

Durability, comparison to a glaze

The White House in Washington D.C. has not (yet) been coated with ClimateCoating®. This is a wooden house in Spremberg near Cottbus. The photos are from November 2005, the report from 2006. The coating was applied in September 2000, when the building was in a pitiful condition. The surface of the wood was already heavily attacked because it had been exposed to the weather for years without protection.

Mosses, fungi and lichens had settled on the damp ground. Therefore, a thorough pre-treatment of the substrate was necessary. By coating with ClimateCoating® a considerable renovation success could be achieved. The wooden parts were actively dehumidified so that the structure could solidify again. In addition to the attractive appearance, it can be noted that since the coating with ClimateCoating® no infestation with microorganisms such as algae, fungi, lichens or mosses has occurred.

For the homeowners, the investment has paid off in full, especially since everyone can see how much effort the neighbour has to put into maintaining his brown glazed house (on the left in the picture) year after year. At the White House, on the other hand, maintenance of the facade coated with ClimateCoating® is not yet necessary. When coated with ClimateCoating®, every fibre structure of the wood can be recognised, so that the natural impression is retained. Nevertheless, with 0.3 mm a long-term protection is given. The protection against microorganisms is practically toxin-free, which distinguishes ClimateCoating® strikingly from other facade coatings. It is not only economical in use, but also ecological. No re-coating has been required since September 2000. (03.01.2006).

In the meantime there is also a report from Holland: The white house in Spaarndam

Here even after black coating of a wooden facade amazing experiences were made: The black house in Holland