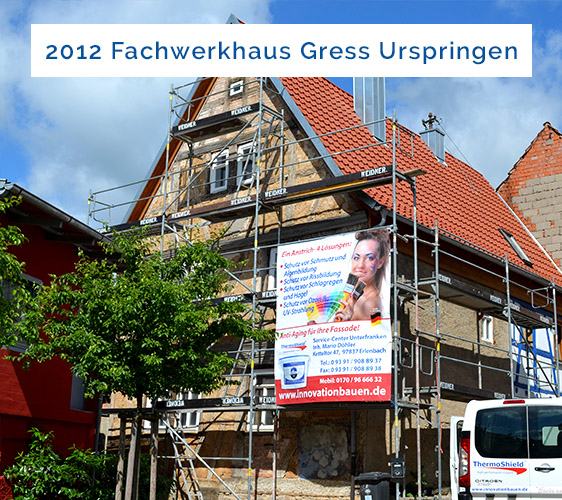 The photo collection on the theme of “half-timbered houses” shows shots from 2012 to 2015. The ClimateCoating® coating of the half-timbered houses was carried out in the combinations Exterior + Nature or History + Nature, Fix Plus or Nature Primer was used as a primer.

ClimateCoating® Nature for wooden components was developed to meet the special requirements of the oldest and most natural building material. Precisely because wood is so alive, it reacts sensitively to weather influences such as moisture, UV radiation, air pollution as well as fungi, pests and insects. That is why wood needs care and protection.

For historical buildings the product ClimateCoating® History is used. Almost every mineral substrate in old buildings is contaminated with water and salt. History fulfils the requirement of monument protection for a coating that is optimally open to capillary and diffusion, which should prevent salt and moisture build-up and also withstand all modern environmental stresses.

The combined application of the mentioned products for plaster and wood is the logical conclusion from the observed long-term performance on different facades and in different regions. The preventive advantage for half-timbered houses coated with ClimateCoating® is primarily the thermal calming and weather protection, especially against driving rain.

ClimateCoating® Nature strongly reduces the swelling and shrinkage of the wood. In addition, there is the excellent flank adhesion of both products – i.e. on wood and on plaster – as well as the crack-bridging, elastic properties of the ClimateCoating® membrane. This explains the very good suitability of ClimateCoating® for half-timbered facades. 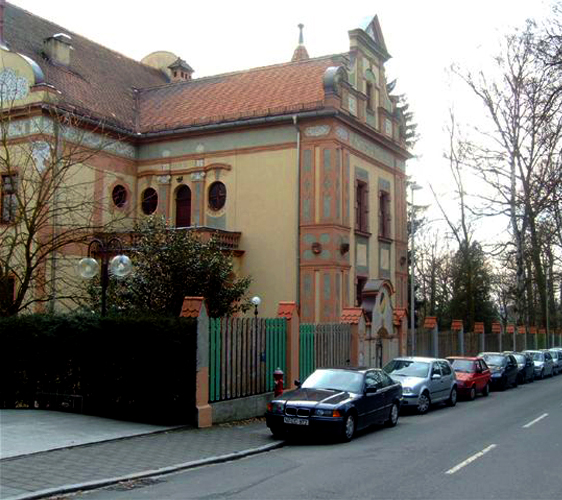 Durability, comparison to a glaze

The White House in Washington D.C. has not (yet) been coated with ClimateCoating®. This is a wooden house in Spremberg near Cottbus. The photos are from November 2005, the report from 2006. The coating was applied in September 2000, when the building was in a pitiful condition. The surface of the wood was already heavily attacked because it had been exposed to the weather for years without protection.

Mosses, fungi and lichens had settled on the damp ground. Therefore, a thorough pre-treatment of the substrate was necessary. By coating with ClimateCoating® a considerable renovation success could be achieved. The wooden parts were actively dehumidified so that the structure could solidify again. In addition to the attractive appearance, it can be noted that since the coating with ClimateCoating® no infestation with microorganisms such as algae, fungi, lichens or mosses has occurred.

For the homeowners, the investment has paid off in full, especially since everyone can see how much effort the neighbour has to put into maintaining his brown glazed house (on the left in the picture) year after year. At the White House, on the other hand, maintenance of the facade coated with ClimateCoating® is not yet necessary. When coated with ClimateCoating®, every fibre structure of the wood can be recognised, so that the natural impression is retained. Nevertheless, with 0.3 mm a long-term protection is given. The protection against microorganisms is practically toxin-free, which distinguishes ClimateCoating® strikingly from other facade coatings. It is not only economical in use, but also ecological. No re-coating has been required since September 2000. (03.01.2006).

In the meantime there is also a report from Holland: The white house in Spaarndam

Here even after black coating of a wooden facade amazing experiences were made: The black house in Holland